An Intro to Extraordinary Spanish Cuisine

Spanish Cuisine traditions are so much more than paella and sangria! (Although there’s plenty of that to be found, especially in Valencia.). Here, we will introduce some iconic elements of Spanish cuisine that you can find when visiting Spain. 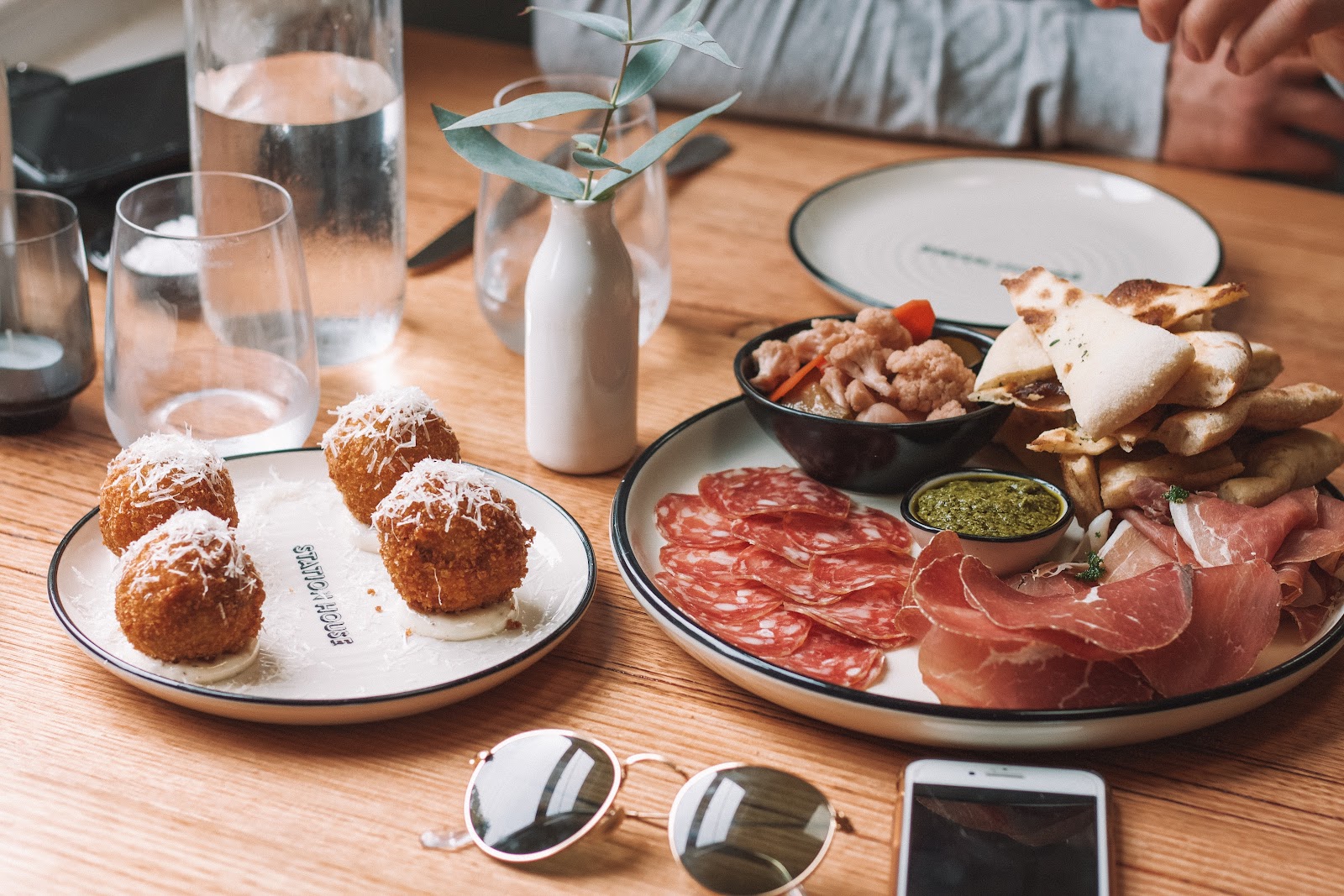 While the exact origin story is up for debate, and the specific definition varies across Spain, the consensus can be summed up that tapas consist of small, flavorful bites that are typically paired with an alcoholic beverage. The actual “flavorful bite” could consist of slices of serrano ham, cheeses, or olives, or it could be more complex prepared portions.

The variety of tapas options varies immensely across the country, as the ingredients are typically what is local and fresh.  It would be nearly impossible to describe every Spanish tapa to you, but here are a few popular ones to give you an idea: 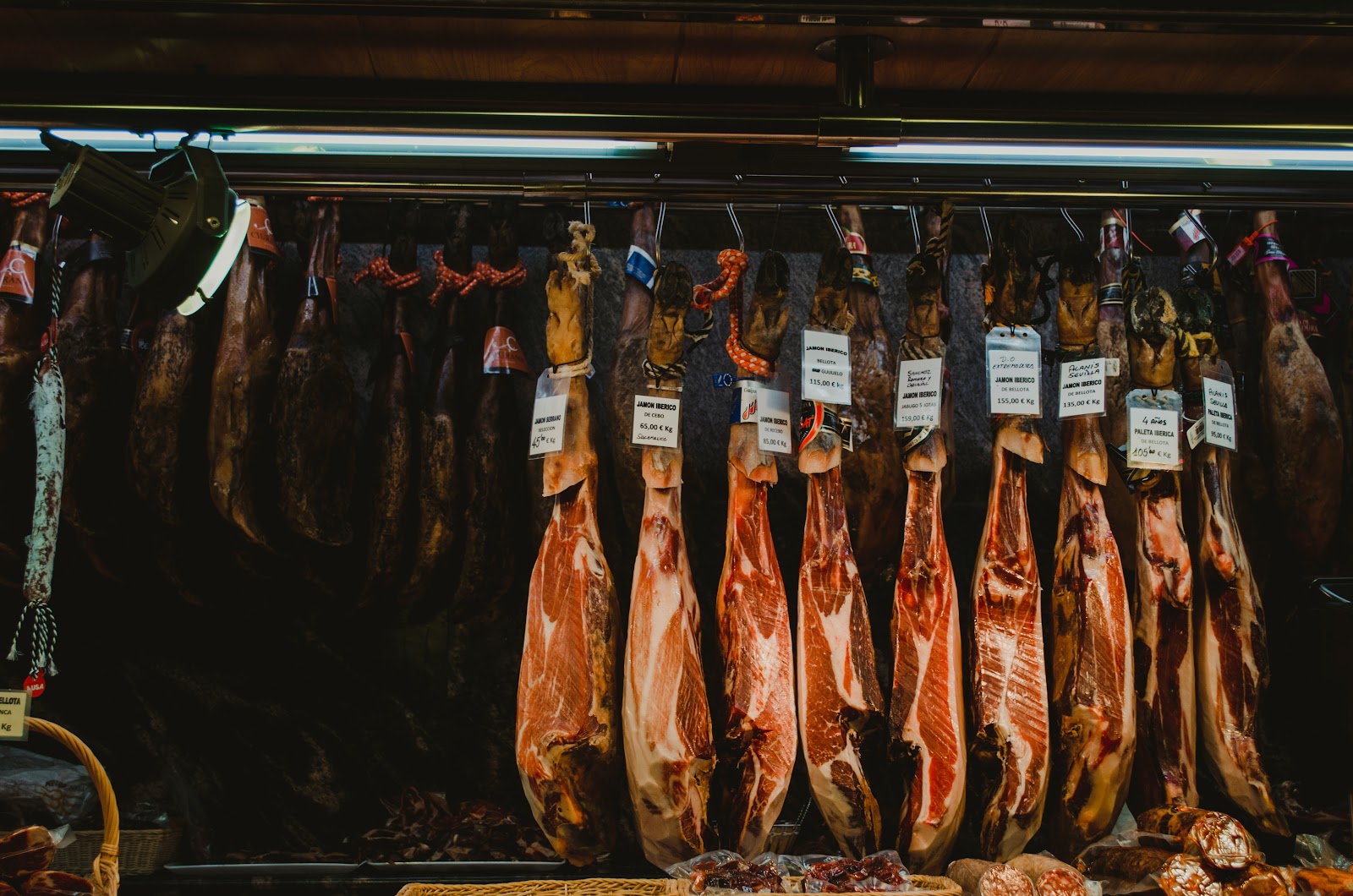 Jamón Serrano comprises about 90% of the cured ham in Spain. Fresh hams are packed in sea salt and hung from rafters to cure for 12-18 months. When ready, there is no other cooking or preparation required. Chefs will slice paper-thin portions and serve right away alongside a glass of Spanish red wine. Along with being eaten on its own, Jamón Serrano can be used in recipes such as stews, croquetas de jamón, or sauteed with veggies and rice.

Jamón Ibérico is a more gourmet option and a source of pride for the Spanish people. It is produced from a special breed of pig, and these animals are free to roam and forage in the hillsides and meadows of the Spanish countryside. These hams are cured in sea salt for 24-48 months, creating complex and flavorful slices that will melt in your mouth. The highest quality Jamón Ibérico of known as Jamón Ibérico de bellota. These fortunate pigs that are distinguished by a strict diet of acorns (bellota). 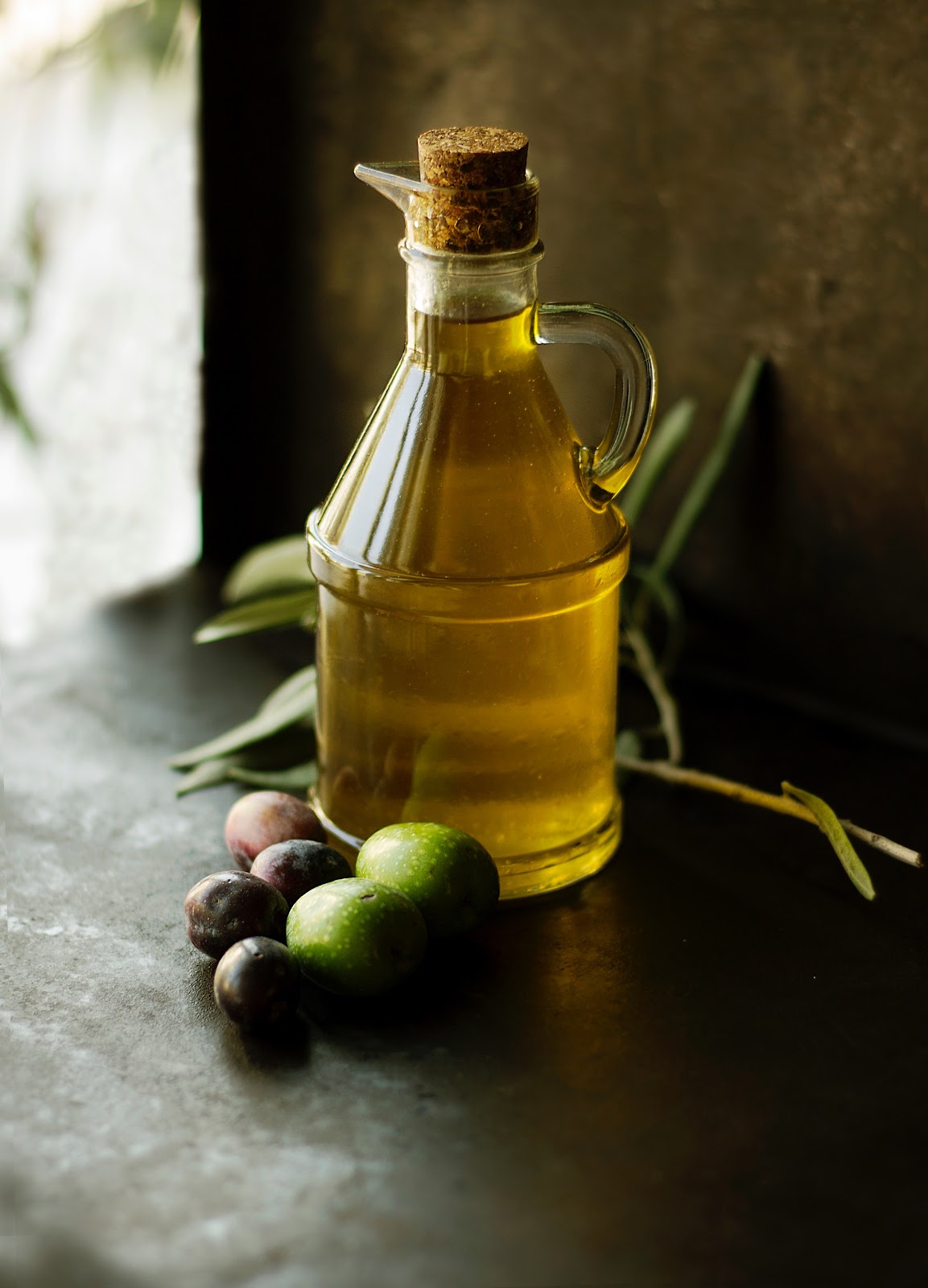 Olive trees and olive oil may have originated further east in Greece and it’s neighboring countries, but it has been wholeheartedly embraced by the Spanish since before the Roman occupation.

Until recently, Spanish olive oil had been bottled and sold by different countries under misleading labeling. Most people are surprised to learn that Spain is the leading producer of olive oil in the world.

When visiting Spain you will likely sample a number of dishes that use olive oil as an ingredient. For real fans, it’s recommended to take the time participating in an olive oil tasting to better understand the subtle flavors and textures of this incredible health food. 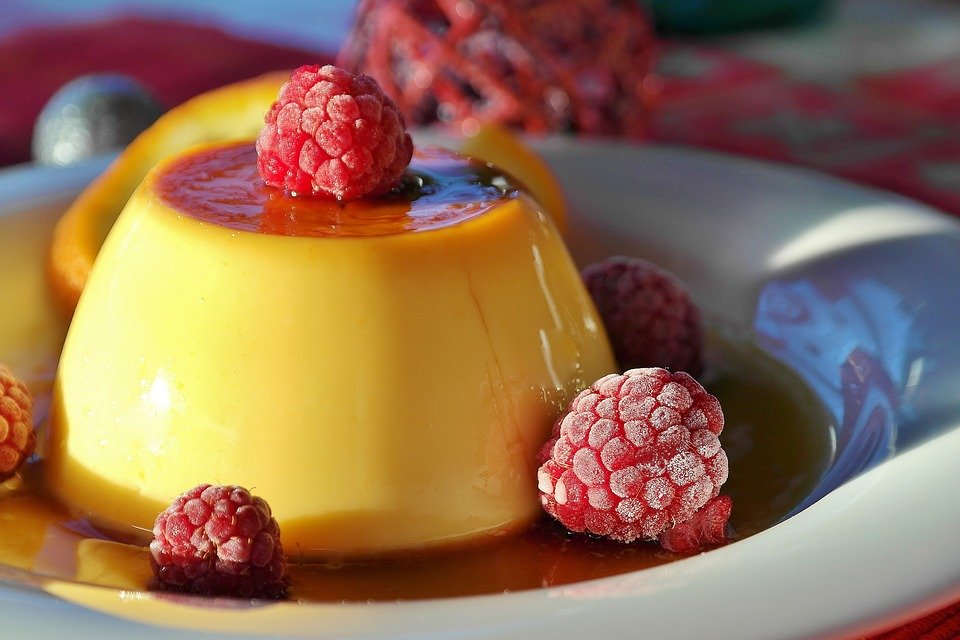 The quintessential Spanish dessert made of sugar, eggs, and milk or cream with a drizzle of caramel or syrup. Flan is similar to France’s crème caramel and can be found all over the country. This delicately sweet dessert has a wobbly texture and is the perfect ending after a savory meal.

We couldn’t resist discussing this iconic Spanish dish! While most Americans believe paella is widely consumed across Spain, most Spaniards associate it with the Valencia region where it originated.

We urge those who can enjoy the key ingredients of paella, do so while visiting Valencia, Spain. Under a bed of saffron rice, classic paella features fresh shellfish and complimentary seasonings and spices. It is also possible to have a paella that’s made with chicken or pork. Some restaurants will offer a vegetarian version to allow those who avoid eating meat can give it a taste as well!

Take a Tour of Spain