The Best of Ireland 11 Days showcases the beauty of the Emerald Isle in 11 days. You get to see city life, country life, and a picturesque coastline.

Above all, consult with your Travel Expert. We will ensure that the highlights of your trip are booked in advance so you won’t miss out on the fun!  Lots of time at leisure will be built in so you can explore on your own, and at your own pace. Let the journey guide you.

Read more about why we love the Best of Ireland 11 Days. 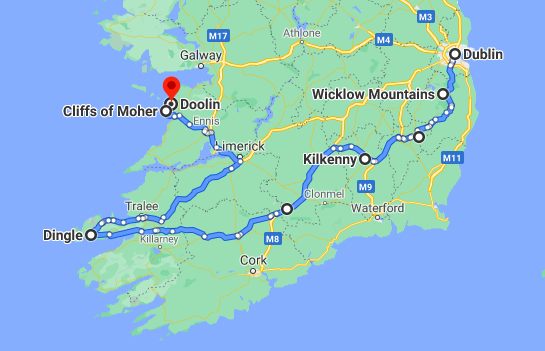 Welcome to Ireland!  Enjoy a peaceful vacation in some of the most beautiful locations that are ideal for a romantic escape.  Upon arrival, a private driver will meet you at the airport arrivals hall and take you to your hotel.  Check in to your excellent accommodations and begin exploring the capital city of Dublin.

Head north to explore the best of Northern Ireland.  Culture, history and super-friendly people are some of the top things Belfast is known for.  This is a city that can trace its history back to the Bronze Age; a city that built the Titanic. From its mighty shipbuilding past to the dynamic arts scene that swirls around the Cathedral Quarter, Belfast likes to mix it up.

Spend the day exploring more of this electric city. We recommend a famous Black Taxi tour, which will take you through the Shankill and the Falls Roads, two of the most famous roads in Belfast.  The tour will give you insight into the Troubles, the Northern Ireland conflict that lasted nearly 30 years.  Another gorgeous site to visit is Belfast’s Botanic Gardens.

Wake up and travel to the largest of the Donegal peninsulas: the Inishowen. We recommend visiting the most northerly mainland point called Malin Head. Its wild beauty of vast pale sands framed by rocky outcrops will leave you inspired and wanting more.
If time permits, visit the stone fort of Grianán of Aileach, which is a Neolithic hillside fort with fascinating history. Return to Derry in the evening and enjoy some traditional Irish music at one of the many pubs.

On the journey to Donegal, stop and visit Glenveagh National Park, a remote and hauntingly beautiful wilderness of rugged mountains, pristine lakes, and tumbling waterfalls.

Once in Donegal, we would suggest visiting Donegal Castle.  Donegal is a small town with a perfect base to explore the wild and inviting north-west. Ask your Travel Expert for restaurant recommendations.

Have a delightful Irish Fry and then head to Slieve League. Wild, dramatic, majestic-the towering Slieve League Cliffs are among the highest sea cliffs in Europe.

Once you’re finished absorbing the majestic views of Slieve League, we would recommend driving around Glencolumbkille, which is a breathtaking Gaeltacht village that will truly leave you speechless! It’s surrounded by beautiful mountains, lakes, sea cliffs, and beaches.

With a new-found sense of awe, you’re ready to get back onto your Best of Ireland adventure.

Land and sea meet in a dramatic confluence along the coast of County Sligo. Sligo is a slice of heaven along Ireland’s Wild Atlantic Way. Coastal villages like Rosses Point and Easkey are perfect spots to enjoy the characteristic hospitality of this region of Ireland, as well as acting as hubs for any visiting water sport enthusiasts.

Check into your hotel and explore this beautiful city. We encourage you to visit the Carrowmore Megalithic Cemetery and Craggy Ben Bulben during your stay in Sligo.

After your relaxing morning, travel back to Dublin.  Check in to your accommodations and continue exploring this vibrant city. Spend the day exploring the beautiful city of Dublin. We recommend a walk to Grafton Street and Temple Bar, visiting Guinness Brewery, or Jameson Whiskey Distillery. Have dinner in one of the many amazing restaurants Dublin has to offer.

Wake up, have breakfast, and enjoy a relaxing day of sightseeing in the capital, before you make the journey home.  Visit the marvelous St. Patrick’s Cathedral, known for being the largest church in all of Ireland.  We also recommend seeing the second of Dublin’s medieval castles, Christ Church Cathedral, which looks like it comes straight out of a fairytale.

After breakfast this morning you will check out of your Dublin hotel and head to the airport. Say slán agat to the Emerald Isle.

Get Ready to Travel!

Your Best of Ireland 11 Days at a glance:

Selected activities based on your interests 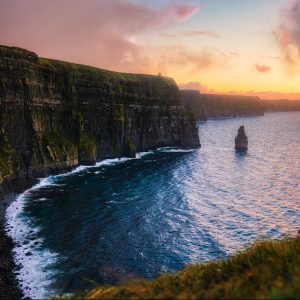 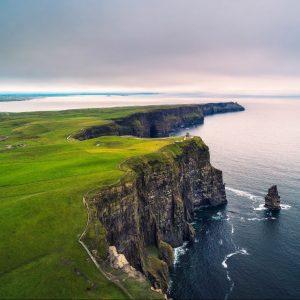 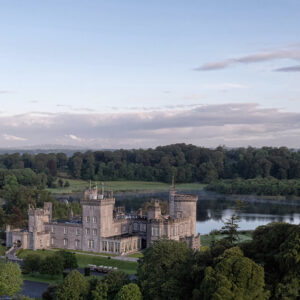 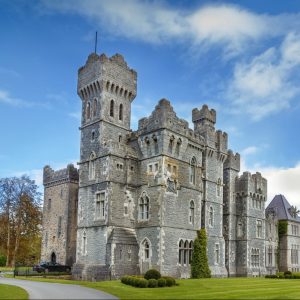 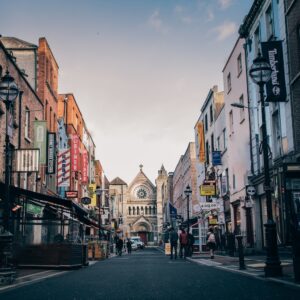 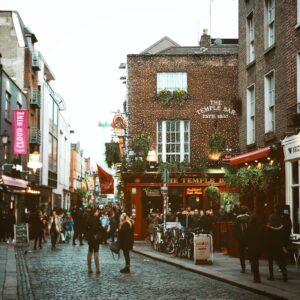 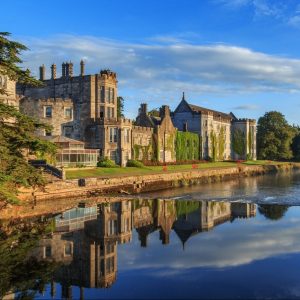 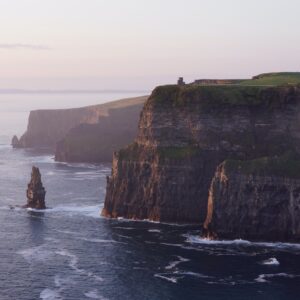 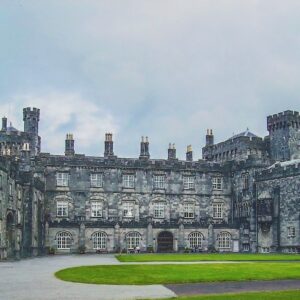 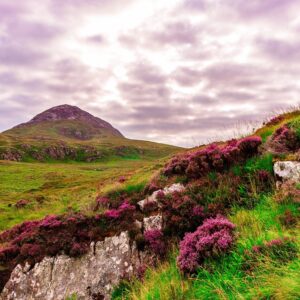 Why We Love this Tour

Your Best of Ireland tour showcases the beauty of the Emerald Isle. You get to see city life, country life, and a picturesque coastline. This tour will give you an in depth experience of the entire country of Ireland. Get to see Ireland’s top destinations as well as immersing yourself in the culture of Ireland.

Starting in Dublin, the capital of Ireland, and then traveling northeast to the capital of Northern Ireland, Belfast.  After exploring that city, travel to the other side of the small country to Derry, where you will get to see one of the most famous of the Emerald Isle’s natural wonders, Giant’s Causeway.  From there, head south to reach the country of Ireland’s most northernmost point, Donegal. Head back to the city of Dublin to spend your last day learning more about the rich history of the country, and absorbing more of the stunning views.

Why We Love Dublin

Ireland’s capital city of Dublin blends modern amenities with charming historic neighborhoods. A flourishing food scene for everyone to enjoy. Explore the iconic sites such as the Guinness Storehouse, the Glasnevin Cemetery, and the Kilmainham Gaol.  Enjoy a pint and live music in a pub in the famous Temple Bar neighborhood. Join a tour about the Easter Rising or Ireland’s rich literature, or take a tour of Jameson Whiskey Distillery.

Why We Love Belfast

Culture, history and super-friendly people are what Belfast is all about. Visit here and you’ll experience a place unlike any other in Europe. This is a city that can trace its history back to the Bronze Age; a city that built the Titanic; a city forging a unique food scene; and a city that dances to its own beat. From its mighty shipbuilding past to the dynamic arts scene that swirls around the Cathedral Quarter, Belfast likes to mix it up.

Have dinner in the Michelin-starred restaurants and fish and chips dinners in downhome chippies. Enjoy upscale cocktails in snazzy jazz bars and local craft beers in traditional pubs. Soak up the story of Titanic, see the famous political wall murals and hurtle headlong into history at the Ulster Museum; whatever you do in Belfast, you’re guaranteed a good time.

Like going out? You’ve come to the right place. This is a city that is unapologetically social, with a buzzy vibe that radiates through the bars, clubs, restaurants or cafes.

Why We Love Derry

Derry is a unique city, being the only completely intact walled city in Ireland. Derry, also known as Londonderry, is the second largest city in Northern Ireland. The city is known for their salmon population.  While in Derry, go to Carrick-a-Rede Rope Bridge. Carrick-a-Rede means “The Rock in the Road,” which is an obstacle for the migrating salmon.  Atlantic salmon has been fished at Carrick-a-Rede and Larrybane since 1620. But it was not until 1755 that the first rope bridge between the mainland and Carrick-a-Rede Island was erected to reduce reliance on a boat to reach the island. Suspended almost 100 feet above sea level, the rope bridge is an amazing sight to behold. Derry is also a gateway to the Donegal peninsulas.

Why We Love Galway

Voted the Cultural Capital of Europe for 2020, Galway has so much to offer its visitors!  -Don’t worry, it won that distinction before 2020 began – Perched on the coast of Galway Bay, the city of Galway is a buzzing little town full of pubs, shops, and charm.  We recommend strolling down Shop Street, a pedestrian roadway where buskers perform, boutiques entice, and you’ll find the smallest museum in Ireland: the Claddagh Museum.  The famous Claddagh design of two hands holding a crowned heart is believed to have been created in Galway, and it’s a great place to purchase a souvenir Claddagh ring to bring home!

Your Travel Expert knows Ireland and will take the time to learn what’s important to you.  Your itinerary will be designed just for you, to make the most of your time and experience in the Emerald Isle!

Speak with our Travel Experts